I have heard numerous people pose this question. Some self-righteous and judgmental fellows go like ‘why would anyone go to an escort?’ Others don’t even ask the question; they are so quick to jump to conclusions that any man who pays an escort is simply disgusting and should be very ashamed of themselves. Others still, will blame it on ‘male sex drive’ and the men’s inability to keep it ‘in their pants.’

Perhaps more surprisingly, those kinds of statements are made by both women and men. Normally one would expect the women to be more bitter since it is them that lose out (in most cases anyway), but personally, I think that men who make such statements are just losers. Anyway, ThePornDude is just looking to offer some clarity on why men go to escorts. By the end of this piece, I hope to have shed some light on this topic and help you get a healthier and a more precise understanding. Kindly note that I’m not writing about morality neither is it about sexual laws. I’m merely just enlightening some ill-informed folks who are like ‘this is how HE SHOULD live.’ 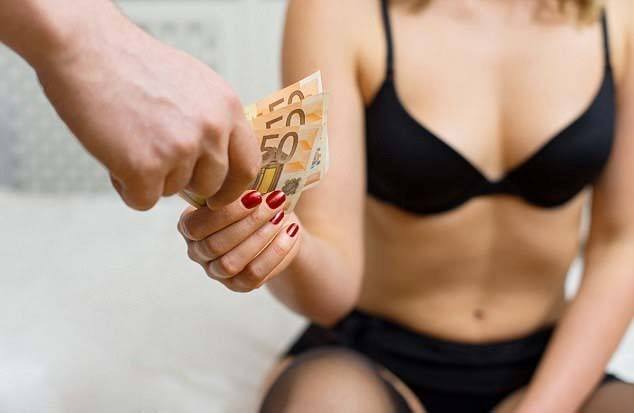 It is easy to dehumanize men who go to escorts and make them out as evil and predatory. I am not disputing the fact that some men are indeed evil and do some nasty things to women (see this) but let’s face it, there are evil women as well. So, I’ll unceremoniously throw away such line of argument. Some men are also addicted to buying sex, but I’m not interested in that thought process either. I can talk about that some other day. That aside, here are some of the reasons men go to escorts.

Well, this might sound a bit surprising, but it is one of the major reasons. You see, men who pay escorts are not all horrible individuals. You will be surprised that most of them are in fact pretty good looking and have successful careers. But what they may have in career accomplishment and looks, they may lack regarding personalities. Others may not have the time to do courting and face the rejection that could potentially arise. What other way of screwing a hot girl than to call on an escort?

Escorts are some of the hottest women out there, and they give men a golden opportunity to fulfill their sexual desires while offering them the easiest way to fuck a stunning beauty. You know, all he has to do is pay. With the tons of demand placed on them by potential girlfriends, it would be a bit simplistic to dismiss the men as immoral.

Wanting to be in charge

There is some thrill that comes with being in charge. Ask any man, and they all agree. However, it is hard to always be in control in a normal relationship. Apart from one guy who told me he actually paid an escort so SHE could be in charge, most men love taking control. The woman will still be having a good time, but it is the man who is on the driving seat because you know what? He paid for it!

Nothing beats being able to demand something in bed and get it with no conditions or questions asked. Men love the physical and emotional satisfaction that comes from getting what they ask for. Whether they’d be able to get that from their girlfriends/wives is another discussion altogether.

Easiest way to get laid

Tell me an easier way of having sex than just choosing the woman who impresses you the most, and then have her come right at your door. I’ll wait. The thing is, there is simply no easier route to having sex.

I have talked to guys who have previous experience paying escorts. They used different means from websites, visiting a brothel, with another telling me he got the escort’s number from a Paris phone box. One thing is common though; it presents men with the opportunity to quickly get laid every time they felt like it. Fucking a girl may not be as easy as many people tend to think, so you still believe there is another hassle-free route than going to an escort?

I don’t feel like I need to explain to you the complicated nature of relationships. Being in a relationship sounds like a great idea until the woman starts raising hell and drama in equal proportions. Men are usually more reserved and like avoiding all the drama. Hooking up with an escort is the perfect opportunity. All he needs to do is pay up, and everybody is happy. He won’t have to be financially and emotionally invested in the girl, and once she leaves, there is little chance of her bothering him again. The relationship is merely commercial and mutually beneficial.

Many men in prominent positions are socially awkward and find it especially challenging to find someone they can get intimate with. Others are too busy to play the dating game. They find the dating game a bit too complicated for them. Such men find the idea of undressing with no strings attached appealing.

The wife denies him sex

Let’s not sit and pretend that this doesn’t happen. A lot of guys out there are being starved of sex by their wives or girlfriends for various reasons. Maybe she’s just had a baby and is not interested in sex; perhaps there are conflicting levels of libido and many other factors. But the man, like everyone else, craves for sex. Maybe the wife does not want to get a little wild for the husband, but he can pay to get the full package. My question would be, why not?