NL- Here is a list of the worst mainstream movies I have seen this year. Generally they will be from 2010 & 2011 because I watch DVD’s when they come out and don’t go to see movies in the theater. I will give you links to the ones I can find on Amazon in case you want more info. 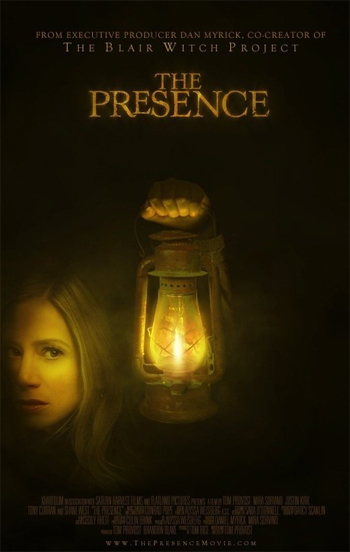 1.The Presence This was the WORST movie I have seen in a long time. The  fact that a well-known actress played the lead makes it all the more shameful. Bad acting, bad lighting, bad dialog, terrible story line, disjointed scenes. A totally confusing, non-scary MESS! 1 out of 10 (should i say zero? ) I guess I will give it a one because it was amazing to watch the BTS on this thing and see all the time and effort put into something that came out THIS BAD! OMG, don’t even waste ur time reading the BOX cover!  Amazon.com

2. Skyline Maybe the fact that I had never heard of anyone starring in or involved with the movie should have tipped me off, BUT the trailer looked so cool! That’s the one thing it did have, good special effects. But when there is terrible acting and no story, effects can’t pull off a movie. Skyline was a none event. Amazon

3. Hereafter You can’t go wrong when you have a movie directed by Clint Eastwood and staring Matt Damon, can you? Oh yeah. way wrong. How do you put together a tsunami, a retired psychic, spooky twins, drug addiction, and a wanna be author? You just don’t or you shouldn’t. Hereafter needs to go to the afterlife and stay there… Amazon

4. 30 minutes or less That’s how long you wish the movie was. Remember the  real life tragedy of the pizza man who was strapped with a bomb and forced to rob a bank? Well now it’s a comedy! Ugh, nuff said. Amazon

5. Mcgruber  Saturday Night Live is pretty consistant these last couple years. It consistantly sux. But some of the cast have gone off and made some great movies ! This isn’t one of them. SNL tends to dumb comedy, and this movie is dumb, but they forgot the comedy part. Amazon

6. The ZooKeeper I generally like Kevin James and his movies. But the Zookeeper is his worst. How did this get approved and funded? The talking animals teach Kevin how to get a girl. oh, okay, great concept! Here’s a eighty million to make it. A reviewer said this about The Zookeeper “I think there should be a subdivision of the ASPCA — American Society for the Prevention of Cruelty to Audiences.” That line is funnier than the whole movie. Amazon

7. Sanctum Too dark, both literally and figuratively. Depressing, full of death and so “yeah, like that would ever really happen”.  Keeps your interest, even if you can’t really see much of what is going on, but the really dumb back story ( father & son who never got along now are forced to work together to save people) is so lame, it gags me. And the ending, which is supposed to be a metaphor for giving birth? Someone hold my hair….  Amazon

8. Black Swan Natalie Portman trained in classical ballet for a year to play this part. Too bad someone didn’t spend that time writing a better script. The story is a good girl trying to be bad to get the part. She tries so hard people die. But did she kill them? Who cares. Yeah I know, there is more to it, but I just didn’t care…. Amazon

9. Narnia 2  (Prince Caspian) The first Narnia was a good family movie, with a moral even. This movie bored the CRAP out of me story wise. The special effects were cool. But if I couldn’t stay interested, how would a 5 year old? lol  Just boring. Amazon

10. Furry Vengeance It stars Brendan Fraser and Brooke Sheilds. That shoulda been a clue. Animals get pissed at a real estate developer and fight back to save their land. Noble cause. Shitty movie. I turned it off half way thru. Amazon