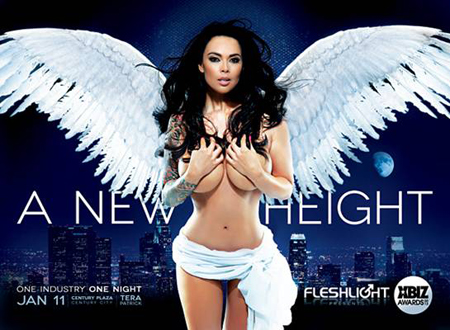 LOS ANGELES — XBIZ is pleased to announce the official awards categories and pre-nomination dates for adult entertainment’s biggest industry awards show, the 2013 XBIZ Awards, presented by Fleshlight, to be held on Jan. 11, 2013, in Los Angeles.
Several new award categories have been added for the 2013 show in an effort to be more inclusive of previously unrecognized market segments and in response to feedback from members of the adult entertainment industry.

In recognizing the top emerging studio brands in the marketplace, XBIZ will introduce award categories for New Line of the Year and New Studio of the Year. An award for European Director of the Year is also new for 2013.

The pre-nomination period for the XBIZ Awards will launch industry-wide on Sept. 15. To submit pre-nominations in any of the awards categories, industry professionals must be registered members of the XBIZ.net social network and use the online submission form to record their entries.
The deadline for all 2013 XBIZ Awards pre-nominations is midnight on Sunday, Oct. 14.

In order to be eligible for consideration for a 2013 XBIZ Award, movie and pleasure products must be released between Oct. 22, 2011, and Oct. 14, 2012.
Upon completing the pre-nomination submission form, XBIZ encourages producers and manufacturers to submit their product samples and marketing materials to:
Adnet Media, Attn.: 2013 Noms 4929 Wilshire Blvd. Suite 960 Los Angeles, 90010