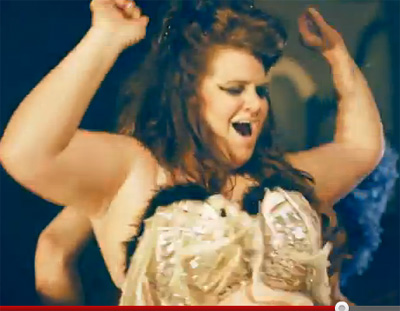 The taxpayers of Des Moines paid for two police officers to be admitted, to watch and to record the sexy burlesque show at the Ingersoll Nightclub. After the show, two participants were given tickets for “prohibited acts.” Noted in the officer’s incidents report is that during the show they observed a full breast on each defendant…”  OMG! This happened on a Saturday night in a 21 & over nightclub during a burlesque show. What is the world coming too!

Phoenix L’Amour, who produces the show, was one of the girls ticketed. She admitted that her breast did come out, but  said it was an accident. I guess now the cops should also file an accident report!