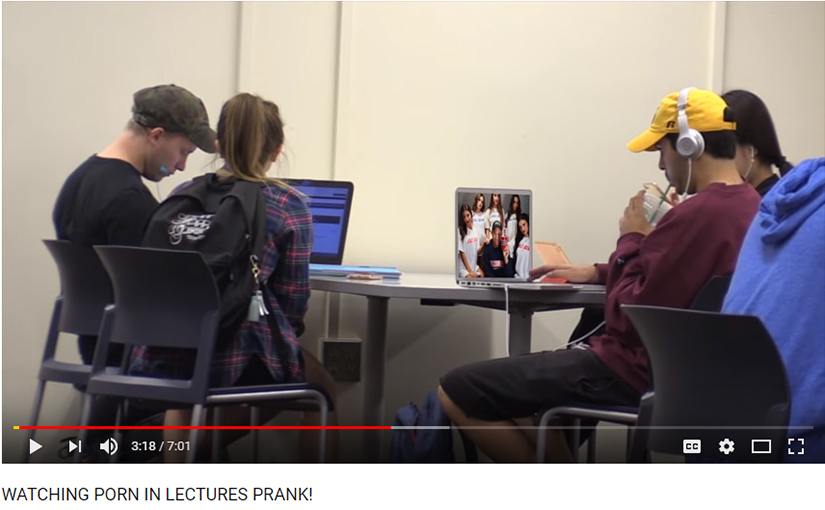 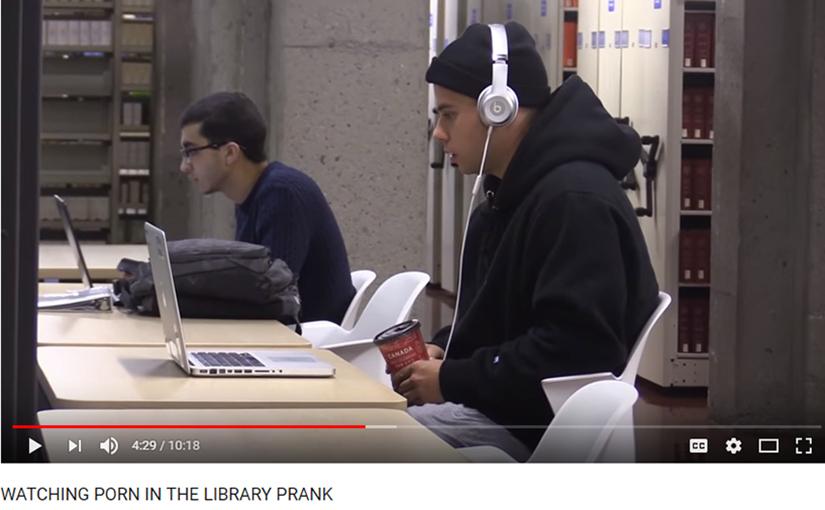 Our guy is at it once again. This time round he is doing it in the library seated next to a dude who seems quite preoccupied in his studies. That is until he is interrupted by some female moaning. The guy at first seems reluctant to tell Nelk that his headphones are unplugged. But he gathers enough courage to tell him but adds that he enjoyed that. Few would not. 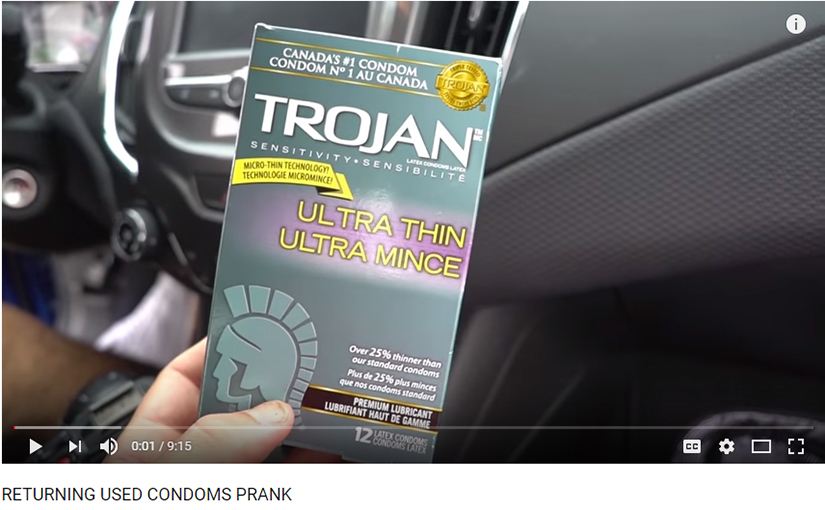 Well, it doesn’t get more hilarious than this.  Have you ever thought twice about what to do with a used condom that literally broke on you? Most of us usually just count our losses and toss it into the dustbin. But Nelk is not ‘most of us.’ Instead, he takes them to a superstore where he apparently bought them as ‘return.’ But make no mistake, the condoms are not used. They are unused, but Nelk has made sure to stretch them and tear a hole into them so that they appear used. Evil, right? Wrong.

The prank is actually very hilarious. Especially the bit where you listen to the customer care attendant trying to explain how sorry they are about the condoms. Our guy is laughing about it telling the attendant that his girlfriend actually had a pregnancy test which tested negative. The company has successfully been pranked. 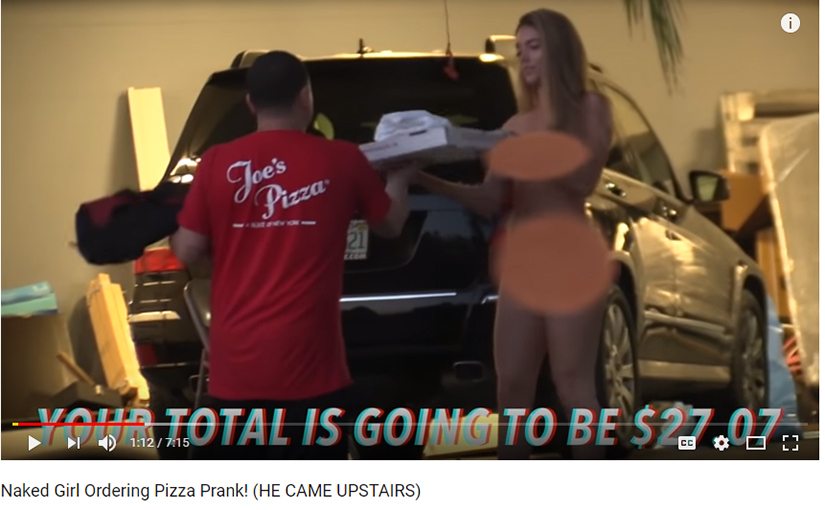 I would swear that it doesn’t get better than this? This time round, a pizza delivery guy falls victim. Admittedly, the girl in this prank is a real hottie. She orders a pizza, and when the delivery guy comes, she comes out of her house to collect her pizza naked. You should see the face of that pizza guy. He’s trying hard not to look. He even declines a beer invitation. Unknown to him, Nelk and the gang are filming him.

The second guy to be pranked is brave enough to take a photo of the girl. She lies to him that she wants to use it for Instagram as she is trying to ‘blow up.’ I   would hate to find myself in such a disturbing situation because most probably I would have tried to get laid there and then but that’s a story for another day. Watch the prank and decide for yourself. 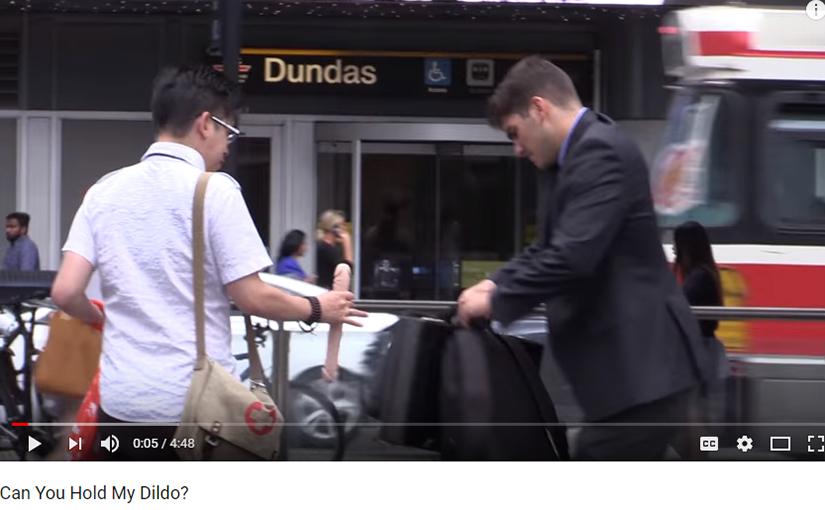 The guy is quite respectable. On the phone, he is talking about how he closed on a deal worth 4 billion dollars. He then approaches random people on the streets with ‘excuse me, can you hold this one for me?’ you should see the embarrassed look on some of the guys who are unlucky enough to hold it for him. Initially, the guys think they are being handed the bag and are willing to hold it for a $4billion guy. Wait until they discover he wants them actually to hold a fucking dildo for him. Some even run for their dear life. Hilarious as fuck. Right?

Make sure you watch the above pranks and much more from Nelk so your ribs can hurt from laughing.